It was her intense interest in social justice and a motivation to help people, especially those trapped in domestic violence, that helped propel Elizabeth into a career in family law. She has practiced as a lawyer within one of Australia’s largest plaintiff law firms, then as the Principal Lawyer at inTouch Multicultural Centre Against Family Violence.

During her career, Elizabeth has overseen the establishment and accreditation of Australia's first Community Legal Centre housed within a family violence practiceand represented her clients in a unique, multidisciplinary and holistic approach to family law. Elizabeth has also collaborated in a ground-breaking Health-Justice Partnership with Monash Hospital in which she established an outreach program and saw patients of Dandenong Hospital who required family law legal advice and representation.

In the meantime, Elizabeth also managed to have a family of three daughters, which explains her particular commitment to combatting family violence. "I was mindful of the statistics which indicate that one in three women are victims of family violence," she says. That statistic and commitment to social justice has led Elizabeth to focus her career on Family Law.

Now that Elizabeth has arrived at Ryan Carlisle Thomas, she's very happy with its philosophy of social justice, its professionalism and its easy informality. "I love the ethos of RCT and its commitment to represent all members of our community to the highest professional standard," she says.

When not consumed by the law and its bearing on problems with relationships, Elizabeth cultivates her love of various cultures by mixing it up in the kitchen. She has travelled extensively and lived in the United Kingdom and New York. She is also addicted to flea markets.

Elizabeth gained her Bachelor of Arts (Hons) and Bachelor of Law at the University of Melbourne. She practices in all parts of the law that bear on relationships and families, including Intervention Orders, property disputes and settlements, separation, mediation and children's matters. She operates as a family lawyer in our Melbourne, Dandenong and Pakenham offices and is a Partner of the firm. 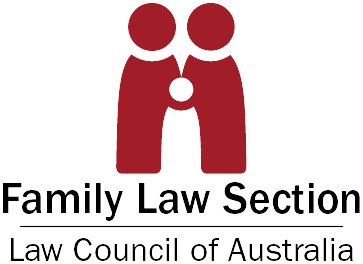 Call 1800 641 743 to be connected to your nearest office, find an office near you on our office locations map, or email us using the form below and we will contact you on the same or next business day.